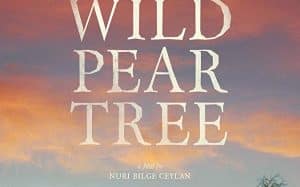 Literally passionate, Sinan wanted to be a writer when he was known. Returning to his native village of Anatolia, he is battling all his energy to raise the money he needs to be published, but his father’s debts come to him.

Not without poetry, well-filmed, excessively long. It is not a film, but rather an epic, a saga of a family in eastern Turkey during the Erdogan years. Initially, I thought I saw the story of a character and a close action. After two hours I surprise to see how new stories were just starting to pull off the main hand – the relationship of a son with a prodigal father. Many philosophical and religious ideas have been addressed in long dialogues. Surprise is cultivated, but it does not rely on great surprises and discoveries, but rather is looking for historical-cinematic metaphors, connections even where there are sometimes, but the director has a lot to say. The rebellion and the confusion of the first youth is all about, as well as the impossibility of the character to find a model, a mentor instead of a damp, dictatorial father, but gentle towards the animals and most people, a naive culprit. The drama of understanding a little more or more deeply of life and a very well-conceived world in the context of a cheerful semi-dictation and full consensus of the entire Turkish society seems to be. Without being able to change or integrate into society, a cultural outsider succumbs successively to failure after failure without much care (at least that seems). Stunning scenes and replicas every 10-15 minutes: the scene of love in the shade of an old tree, pseudo suicide by hanging out of my father, just to name a few. As a personal reply I remembered: Everyone is worse than yesterday and so will be until the Last Judgment. (not having extensive knowledge of it, we deduced that there is such a thing in the Muslim cult)