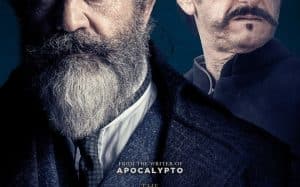 The Professor and the Madman

Sean Penn and Mel Gibson will play together in a production about madness, genius and obsession with completing a “mission” that has marked the history of English, the creation of the Oxford English Dictionary.

The name of the actors convinced me to watch this movie, but the performance, including the supporting actors, was high. Friendship and forgiveness are two lessons that the actors from this fabulous film offered us, which deeply moved me. I now appreciate the work of those who work to design a dictionary or other scientific work. For each creation there is a need for dedication, a lot of work and sacrificial power.

It is the true story of the person who created the first volumes of the Oxford dictionary, James Murray, a self-taught man, and of the one who made an exceptional contribution to his completion, the surgeon William Minor, a mentally ill sufferer remembered for his deeds. The main characters are very well illustrated by Gibson and Penn, the story follows the historical thread, but it is not lost in details.