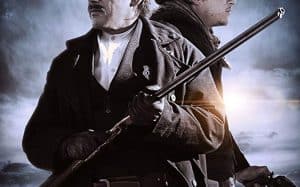 The film tells the story of a young man named Rio (Jake Schur), forced to cross the south of the Wild West to save his sister (Leila George) from their terrible uncle (Pratt). In the middle of the journey, his path intersects with that of Pat Garrett (Ethan Hawke), a sheriff in the footsteps of the infamous Billy the Kid (Dane DeHaan).

Rio finds himself caught between the sheriff’s race to catch Billy the Kid (the action takes place in the last life of the villain) and personal duty. So he has to decide what kind of man he wants to become: an outlaw or an honest man.