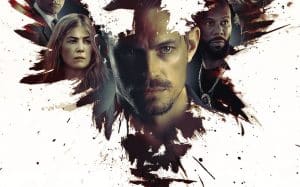 The world of the soldier left at the hearth of Pete Koslow (Joel Kinnaman) is overturned when he is locked up after a fight to protect his wife (Ana de Armas). He is offered a chance of parole, becoming an FBI informant and using his hidden skills in an operation to defeat the General, the most powerful crime boss in New York. Caught in a world of impossible elections, Koslow must return to prison, where he devises a plan to escape the clutches of three of New York’s most powerful organizations – the Mafia, NYPD and FBI – to save and he and his family.