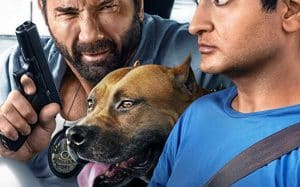 When Ubu driver Stu (Kumail Nanjiani) takes over a passenger (Dave Bautista) who turns out to be a cop in the footsteps of a brutal murderer, he finds himself in a difficult situation and desperately tries to be brave, to stay alive and keep its 5 star rating.