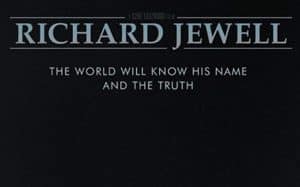 A film about the bombing at the Atlanta Olympics in 1996, when, thanks to the vigilance of Jewell, one of those who guarded the stadium, many lives were saved. The explosion took place, however, but this happened amidst the withdrawal of spectators from the stadium, thus avoiding an even greater tragedy. However, Jewell’s life was turned upside down. Following his placement on the FBI’s suspect list, the smallest details of his life were investigated, and the media tracked him down for several months and treated him as the prime suspect in the attack.