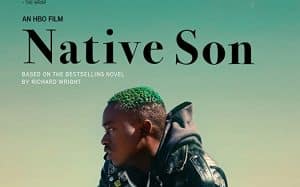 A modern interpretation of the 1940 novel written by Richard Wright, the film follows Bigger “Big” Thomas, a young African-American living with his mother and siblings in Chicago. He has green hair, wears a punk jacket, smokes weed and always has a gun with him, but refuses to participate in his friend’s dangerous scheme to make some money. Big agrees to work as the driver of Will Dalton’s family, a very wealthy businessman. He moves into their villa and begins to take Mary, Dalton’s progressive daughter, to various places. But his involvement in an accidental death will determine Big’s confrontation with some powerful social forces against him.