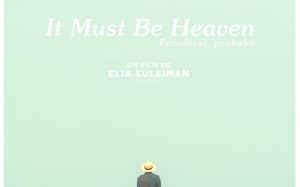 It Must Be Heaven

Filmmaker Elia Suleiman travels to various cities of the world and finds unexpected parallels with situations she is used to in Palestine.

ES emigrates from Palestine in search of a new “home”, but soon realizes that his home country is following him as a shadow. The promise of a new life quickly turns into an absurd comedy. No matter how far they travel, from Paris to New York, there is something that reminds them of the homeland left behind.

A comic book film, signed by multi-award winning director Elia Suleiman, that explores notions such as identity, nationality and belonging and in which the actor-filmmaker asks a fundamental question: where can you feel “at home”?