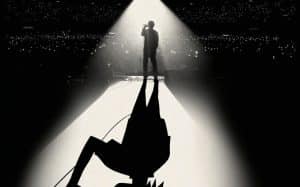 Gorillaz: Reject False Icons is a new documentary from the British band Gorillaz. In his feature film, director Denholm Hewlett follows each movement of the band for three years, during which Gorillaz produced two critically acclaimed and public albums and was on a world tour. The film proposes an immersive journey into the world of the Gorillaz band and its extended family – offering unheard-of material so far, in which the virtual meets the real – to capture the wonderful chaos of life.