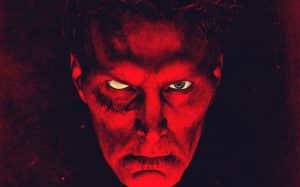 A reimagining of the novel “Frankenstein”, Depraved (2019) explores the crisis of masculinity, the ideas about loneliness and the subtle psychological shocks that shape us as individuals. After a disturbing night, Alex leaves his girlfriend, walking the streets alone to get home. Out of nowhere, he is stabbed in a frantic attack, but when he wakes up he discovers that his mind and brain are in a body he does not recognize. This creature, Adam, was brought to life by Henry, a brilliant surgeon suffering from PTSD, and his accomplice, Polidori, a predator determined to gain benefits from the experiment that brought Adam to life. However, Henry is increasingly consumed by remorse, and when Adam discovers a film documenting his own origins, things take an unexpected turn that will affect everyone involved.