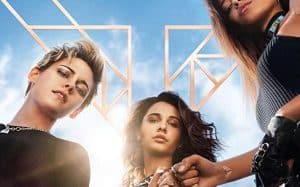 Director Elizabeth Banks is at the helm of a new generation of Charlie’s fearless angels. In Banks’s daring vision, Kristen Stewart, Naomi Scott and Ella Balinska are the three angels working for the mysterious Charles Townsend, whose security and investigation agency has expanded worldwide. With the most intelligent, courageous and prepared young people, the teams of Angels from all over the world, led by many Bosley, are now in charge of the toughest missions everywhere. The screenplay was written by Elizabeth Banks after a story by Evan Spiliotopoulos and David Auburn.