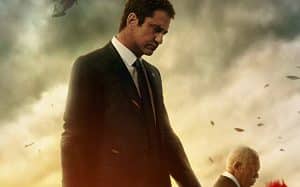 Following an attack on the United States president (Morgan Freeman), the accused of the incident is his bodyguard, secret service agent Mike Banning (Gerard Butler). Once he succeeds in escaping the authorities, the agent is given general surveillance, so he has to avoid his own agency and be one step ahead of the FBI to unveil the real authors of the attack.

Desperate to prove his innocence, Banning relies on the help of unexpected allies to protect his family and save the country from imminent danger.

Gerard Butler returns for the third time as the most effective security agent in the “Red Code in the Secret Services” action on August 30, on the big screens.